The final match includes 6 rounds of ex ante daily peak load forecast tasks. The data were released on a rolling basis. The forecasts were evaluated from three different perspectives: magnitude, timing, and shape, which made the three tracks of the final match. The contestants were asked to submit forecasts for all three tracks in each round.

The following methodology was used to determine the winners:

13 teams were eligible for the final leaderboard*: 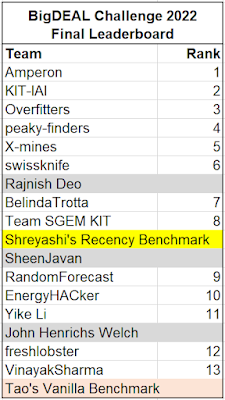 Details of each track are listed below: 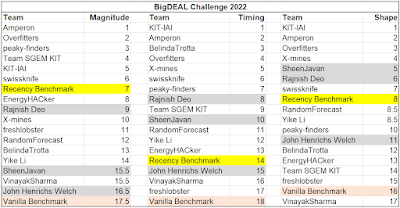 We are working with the teams and journals to have their winning methodologies published. For those of you who are interested in what they did in the competition, stay tuned...

Congratulations to all participating teams and UNC Charlotte students!