The qualifying match of BigDEAL Challenge 2022 is ex post one-year ahead load forecasting. 121 contestants from 27 countries formed 78 teams to join the challenge.

The following data were provided to the contestants:

43, 41, and 40  teams completed the track H, M, and T, respectively. Leaderboards of the three tracks are shown below. 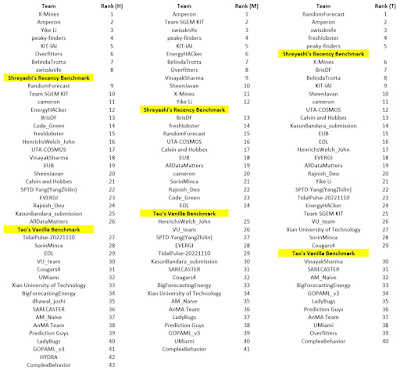 Teams beating Shreyashi's Recency Benchmark in any track are qualified for the final match. Congratulations to the following 14 teams (in alphabetical order)!