Who's Who in Energy Forecasting: Rafał Weron

Prof. Rafał Weron is the Head of the Economic Modeling Group in the Department of Operations Research at Wroclaw University of Science and Technology. He has so many accomplishments in energy forecasting, such as his renowned book on load and price forecasting, many widely cited papers, and of course those talented students. Recently he won the IIF-Hong Award for his IJF review paper on electricity price forecasting. 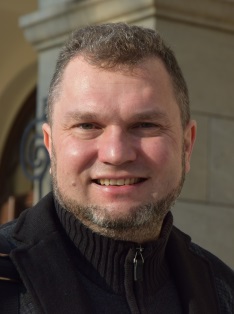 What brought you to the energy field, particularly load and price forecasting?

I would like to say that a well thought-out decision ... but realistically ... it was more luck and coincidence. I was the right person at the right time.

Towards the end of my PhD studies, back in 1998, I started looking for a new area of research. I studied mathematics, my PhD was from something fashionable in the 1990s – math finance. But it was too theoretical for me, too far from real applications. Finance itself was better. Yet, doing top level finance research and publishing in top-tier finance journals was (nearly) impossible for someone working in a former East Block country back then. On the other hand, I liked the freedom of the Academia and didn’t want to work as a quant.

Then in the late 1990s, power market deregulation started spreading throughout Europe and the US. The Polish Power Exchange opened in mid-2000, but there were very few people who knew what power trading was about. Mathematicians and economists were set back by the technical aspects of power market operations, engineers had no economic training. I saw this as an opportunity. With a sound training in statistics/time series analysis, half a year spent as a trainee in an investment bank and basic knowledge about power system economics gained during a project run by the Hugo Steinhaus Center for the Polish Power Grid in 1995-1996, I had a head start compared to fellow colleagues. And I was eager to work hard.

But my first “energy” papers were not on forecasting. Rather on data analytics, risk management and derivatives pricing, focusing more on the mid-term horizon. I became interested short-term forecasting a bit later, around 2003-2004, when it became apparent that the day-ahead market was “the marketplace” for electricity trading, not the derivatives markets.

Tell us more about your price forecasting review paper. Why and how did you write that 52-page article?

The invitation from Rob Hyndman to write the review paper came out of the blue, around mid-2013. Ask him why he approached me in the first place. Prior to that I had only one paper in IJF, in a special issue on Energy Forecasting published in 2008.

But it was a welcome invitation. A few years have passed since I published my 2006 Wiley book on modeling and forecasting electricity loads and prices. And I have been gathering material
for a revised version. So I agreed happily and said that I would submit a draft by the end of the year. This turned out to be impossible … well, I started working on it too late, sometime in early December 2013, after Rob had send me a reminder email ;-)

I wanted my review to be self-contained and rather complete. I hate these review/survey papers which just cite dozens of articles without actually analyzing and thoroughly comparing the results using the same measures. So I wanted to include my own empirical examples. This meant a lot of coding and data analysis. No wonder it took me two full months to complete. But the outcome surprised even me – it was like a small book – the draft had 88 pages in the standard elsarticle Latex page layout. I was sure Rob would tell me to cut it in half …

What's your proudest accomplishment in forecasting?

A famous Polish mathematician, Hugo Steinhaus, used to say that his greatest discovery was … Stefan Banach. Yes, the same Banach known in mathematics for “Banach spaces”, one of the founders of modern functional analysis. I also like to think that my greatest accomplishments are my brilliant students. One of them – Jakub Nowotarski – graduated this June, with distinction. Jakub’s research output was outstanding, not only for a PhD student. The Quantile Regression Averaging method, which turned out to be a top performer in the GEFCom2014 competition, was 90% his idea. He would have easily received a habilitation (~tenure) within a year or two, if only he decided to stay in the Academia. But I am working now with two gifted BSc students – Grzegorz Marcjasz and Bartosz Uniejewski. Someday I may be able to say the same about them.

Do you work with companies to improve their forecasting practice?

I have had different episodes in my life, some more academic, some less. Over the last two decades I have been periodically engaged as a consultant to financial, energy and software engineering companies. And yes, I have worked with utilities and power generators on improving their load and price forecasting techniques and risk management systems. The hype on energy forecasting in Poland was between 2000 and 2006. Then a series of mergers changed the landscape – the four large companies that remained were not that interested in developing in-house solutions anymore. So my recent developments in forecasting are more academic in nature.

Is there a key initiative or exciting project you are working?

Together with Florian Ziel we are working on a book for CRC Press that will supersede my 2006 Wiley book. The tentative title is “Forecasting Electricity Prices: A Guide to Robust Modeling”. It is scheduled to be out in 2018.

The book will start with a chapter on the art of forecasting, introducing the basic notions of (energy) forecasting. We will continue with a chapter on the markets for electricity and discuss the products traded there. Then the three main chapters will follow: “Forecasting for Beginners” – which will introduce a few simple models and show how point, probabilistic and path forecasts can be computed for them, “Evaluating Models and Forecasts” – which is a very important, but still underdeveloped area in energy forecasting, and “Forecasting for Experts” – which will discuss a number of more advanced concepts, like regime-switching, shrinkage, feature selection, non-linear and fundamental models.

What's your forecast for the next 10 years of energy forecasting field?

This is a tough question. When writing my 2014 IJF review I came up with five directions in which electricity price forecasting would or should evolve over the next decade: (1) a better treatment of seasonality and use of fundamentals, (2) going beyond point forecasts, (3) more extensive use of forecast combinations, (4) development of multivariate models, and (5) more thorough forecast evaluation. Out of these, I think that the least has been done since then in the context of multivariate models. This is not a surprise, multivariate models are much more demanding, not only conceptually but also computationally. But I do believe that they have a lot to offer. Also Bayesian methods may see more extensive use, especially in probabilistic forecasting.

Another direction that I think may become important in the near future is “path forecasting”. Currently, in a vast majority of load or price forecasting papers only marginal (i.e., at one point in time) distributions are considered, either in a point or probabilistic context. But the forecast for hour 9 should not be independent from the one for hour 8. If we predict a price drop below a “normal” level for hour 8 tomorrow, then it is quite likely that the price for hour 9 will also be lower than under “normal” circumstances. Our forecasting models should take this into account.

What else do you do in the academic world other than energy forecasting?

Currently it’s 75% percent energy forecasting and 25% agent based modeling, but also related to energy markets – diffusion of innovations, like dynamic tariffs or pro-ecological behavior. In the not so distant past I have worked on long-range dependence, risk management and derivatives pricing, also outside the Academia.

What's fun about your job?

Everything. The sleepless nights spent on writing papers, the discussions with the reviewers and editors that I am right and they are wrong, and – most importantly – dozens of emails and skype calls I exchange each day with my students when working on a new research idea.

How do you spend your free time?

Working. No, this would be an exaggeration … but only a small one. A researcher is never on a holiday – best ideas don’t come during my office hours, they tend to pop up unexpectedly. But I try my best not to be a 100% workaholic. I like mountains – both hiking and skiing. From sports – playing volleyball, badminton and squash – not that I’m a good player, but I like it ;-)
Labels: interviews, Who's Who
Email ThisBlogThis!Share to TwitterShare to FacebookShare to Pinterest